Take Us Out to the Ball Game 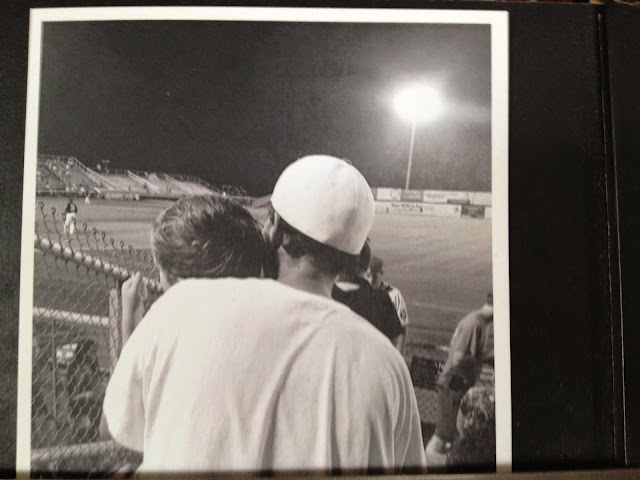 Despite my best efforts there are still some of you who don’t believe in the power of baseball. There are some of you who just don’t see the beauty in it. So today I will divest myself of the task of trying to convince you and turn it over to people far smarter and more eloquent than myself. Thus I present to you some of the greatest quotes ever made about the American pastime. The quotes below are not all from ballplayers, and they are not about specific games or events, rather they are quotes about the game and how it fits into the American landscape. Hopefully I’ll win a few converts here. If not, then I hope I at least entertain you.

“You see, you spend a good piece of your life gripping a baseball, and in the end it turns out that it was the other way around all the time.” -Jim Bouton, former MLB player and author of "Ball Four"

“I don't know why people like the home run so much. A home run is over as soon as it starts.... The triple is the most exciting play of the game. A triple is like meeting a woman who excites you, spending the evening talking and getting more excited, then taking her home. It drags on and on. You're never sure how it's going to turn out.” -George Foster, former player

“I believe in the Church of Baseball. I've tried all the major religions, and most of the minor ones. I've worshipped Buddha, Allah, Brahma, Vishnu, Siva, trees, mushrooms, and Isadora Duncan. I know things. For instance, there are 108 beads in a Catholic rosary and there are 108 stitches in a baseball. When I heard that, I gave Jesus a chance. But it just didn't work out between us. The Lord laid too much guilt on me. I prefer metaphysics to theology. You see, there's no guilt in baseball, and it's never boring... which makes it like sex. There's never been a ballplayer slept with me who didn't have the best year of his career. Making love is like hitting a baseball: you just gotta relax and concentrate. Besides, I'd never sleep with a player hitting under .250... not unless he had a lot of RBIs and was a great glove man up the middle. You see, there's a certain amount of life wisdom I give these boys. I can expand their minds. Sometimes when I've got a ballplayer alone, I'll just read Emily Dickinson or Walt Whitman to him, and the guys are so sweet, they always stay and listen. 'Course, a guy'll listen to anything if he thinks it's foreplay. I make them feel confident, and they make me feel safe, and pretty. 'Course, what I give them lasts a lifetime; what they give me lasts 142 games. Sometimes it seems like a bad trade. But bad trades are part of baseball -- now who can forget Frank Robinson for Milt Pappas, for God's sake? It's a long season and you gotta trust. I've tried 'em all, I really have, and the only church that truly feeds the soul, day in, day out, is the Church of Baseball. “ -Annie Savoy, Bull Durham

“Say this much for big league baseball - it is beyond question the greatest conversation piece ever invented in America.” -Bruce Catton

“Walt Whitman once said, "I see great things in baseball. It's our game, the American game. It will repair our losses and be a blessing to us." You could look it up. “ -Annie Savoy

“I see great things in baseball. It's our game - the American game. It will take our people out-of-doors, fill them with oxygen, give them a larger physical stoicism. It tends to relieve us from being a nervous, dyspeptic set, repair these losses, and be a blessing to us.” -Walt Whitman (Allegedly)

“You get out there, and the stands are full and everybody's cheerin'. It's like everybody in the world come to see you. And inside of that there's the players, they're yakkin' it up. The pitcher throws and you look for that pill... suddenly there's nothing else in the ballpark but you and it. Sometimes, when you feel right, there's a groove there, and the bat just eases into it and meets that ball. When the bat meets that ball and you feel that ball just give, you know it's going to go a long way. Damn, if you don't feel like you're going to live forever.” -John Cusak as Buck Weaver, Eight men Out

“People ask me what I do in winter when there's no baseball. I'll tell you what I do. I stare out the window and wait for spring.” -Rogers Hornsby, former player

“No game in the world is as tidy and dramatically neat as baseball, with cause and effect, crime and punishment, motive and result, so cleanly defined.” -Paul Gallico

“It breaks your heart. It is designed to break your heart. The game begins in spring, when everything else begins again, and it blossoms in the summer, filling the afternoons and evenings, and then as soon as the chill rains come, it stops and leaves you to face the fall alone.” -Bart Giamatti, former MLB commissioner and father of actor Paul Giamatti

“Baseball is almost the only orderly thing in a very unorderly world. If you get three strikes, even the best lawyer in the world can't get you off.” -Bill Veeck, former baseball executive

“You can't sit on a lead and run a few plays into the line and just kill the clock. You've got to throw the ball over the goddamn plate and give the other man his chance. That's why baseball is the greatest game of them all.” -Earl Weaver, former MLB manager

“The strongest thing that baseball has going for it today are its yesterdays.” -Lawrence Ritter

“Baseball, to me, is still the national pastime because it is a summer game. I feel that almost all Americans are summer people, that summer is what they think of when they think of their childhood. I think it stirs up an incredible emotion within people.” -Steve Busby

“I don't love baseball. I don't love most of today's players. I don't love the owners. I do love, however, the baseball that is in the heads of baseball fans. I love the dreams of glory of 10-year-olds, the reminiscences of 70-year-olds. The greatest baseball arena is in our heads, what we bring to the games, to the telecasts, to reading newspaper reports.” -Stan Isaacs

“Well, you know I... I never got to bat in the major leagues. I would have liked to have had that chance. Just once. To stare down a big league pitcher. To stare him down, and just as he goes into his windup, wink. Make him think you know something he doesn't. That's what I wish for. Chance to squint at a sky so blue that it hurts your eyes just to look at it. To feel the tingling in your arm as you connect with the ball. To run the bases - stretch a double into a triple, and flop face-first into third, wrap your arms around the bag. That's my wish, Ray Kinsella. That's my wish.” -Moonlight Graham, Field of Dreams

“Baseball, it is said, is only a game. True. And the Grand Canyon is only a hole in Arizona.” -George F. Will

“Spread the diaper in the position of the diamond with you at bat. Then fold second base down to home and set the baby on the pitcher's mound. Put first base and third together, bring up home plate and pin the three together. Of course, in case of rain, you gotta call the game and start all over again.” -Jimmy Piersal

“Hating the New York Yankees is as American as apple pie, unwed mothers and cheating on your income tax.” -Mike Royoko

“This is a game to be savored, not gulped. There's time to discuss everything between pitches or between innings.” -Bill Veeck

“They'll pass over the money without even thinking about it: for it is money they have and peace they lack. And they'll walk out to the bleachers; sit in shirtsleeves on a perfect afternoon. They'll find they have reserved seats somewhere along one of the baselines, where they sat when they were children and cheered their heroes. And they'll watch the game and it'll be as if they dipped themselves in magic waters. The memories will be so thick they'll have to brush them away from their faces. People will come Ray. The one constant through all the years, Ray, has been baseball. America has rolled by like an army of steamrollers. It has been erased like a blackboard, rebuilt and erased again. But baseball has marked the time. This field, this game: it's a part of our past, Ray. It reminds of us of all that once was good and it could be again. Oh... people will come Ray. People will most definitely come.” -Terrance Mann, field of Dreams

“Love is the most important thing in the world, but baseball is pretty good too.” -Yogi Berra
Posted by Berto at 12:03 AM

Email ThisBlogThis!Share to TwitterShare to FacebookShare to Pinterest
Labels: baseball