It's now been about 15 months since I switched things up and became a stay at home dad. When I started I had friends telling me that I'd be clawing at the door begging to go back to work within three months. For me it reminded me of the things I was told before leaving the Bay Area for LA back in college.

One of the main things I was told by friends who had stayed home is that it's impossible to get anything done when the kids are around. This confused me at first, I wasn't sure what things weren't going to get done. It turns out that they meant doing work from home. They're right about that, the thing I felt like I had going for me was that I wasn't going to try to do work at home. After all, I was a "stay at home dad", not a "working from home and hoping the kids don't bother me dad." For the most part that has held true. I have continued to teach night classes, which has meant doing some lesson planning and grading while at home, but if I were less lazy I could do that at night after the kids go to bed. If I decided to be a work at home parent I might be further along in my dissertation, but I decided to make the kids the priority when I'm home, and I regret nothing.

It's actually been harder this fall and spring now that the Boy is in school. I had more fun doing things with both kids, and they did a lot to occupy and entertain each other. It's been harder now that it' been just me and Lou. She relies on me more for companionship now, even though she has shown that she is much more independent than her brother when it comes to entertaining herself.

A couple months after I started staying home I brought the kids to the playground and overheard two young mothers talking about how they couldn't wait to go back to work. "Suckers" I thought to myself. Who would look forward to going back to bosses and customers (and their unreasonable expectations) and schedules and meetings, and an almost total lack of naps? Who would choose that over sleeping in and trips to the park and going to museums and going sledding on empty hills? Crazy talk if you ask me. I warned my wife that if we were able to work it out so that I could stay home she may never convince me to get a real job ever again.

Yes, I know, being at home is a "real job" etc. Except that to me it's not. It's work. It's not easy all the time. But it's not a "job" with all the external expectations and pressures that the word "job" connotes for me. My resolve to never have a job again has been strengthened by the arrival of our third child. Not just because I love her and want to spend all my time with her, but because of the cruel twist her birth has imposed upon me.

At around 20 weeks my wife floated the idea that I should work while she was on maternity leave. I was immediately shocked and offended. Mostly because I really really didn't want to. I'm sure the first thing I did was totally obviously roll my eyes and make a face. After that I think I said, "Sure. Yeah. I could do that."

After a scant two weeks home with the baby I was out in the world, wearing a tie, interacting with adults. It was brutal. Honestly, much respect to you working parents, I don't know how you do it. Waking up in the morning wasn't so hard. I usually get up to get the Boy to school anyway, but now I'm expected to shower before 9:00am. I have other people telling when I can eat. I usually like to have breakfast at 10:00 and lunch at 12:30. That's not flying right now. I like to sleep when the baby sleeps, even when "the baby" is my three-year-old. That's not happening right now.

Part of it is that I'm doing this to myself. My wife said she thought I'd pick up 6-10 hours a week. I've been doing 6 hours a day, 3 to 4 days a week. The thing is, when I do something I like to do it all the way. So if I'm home I plan on being 100% home. If I'm working I want to be all in at work and give my employer as much bang for the buck as possible. I'm not really wired to do things by halves.

There have been positives to being back at work. The money is nice. I've enjoyed catching up with colleagues. I like seeing my former students. I've had chances to make new connections and line up new projects. I'll be teaching again in the fall, and I have done some freelance writing and editing and consulting over the last year, and hope to continue doing that, so it's been good getting my face and name out there to some new folks.

In some ways my reverse leave has been a nice break, even though it's a lot of work. But much like those young moms at the park, I can't wait to get back to my real job. 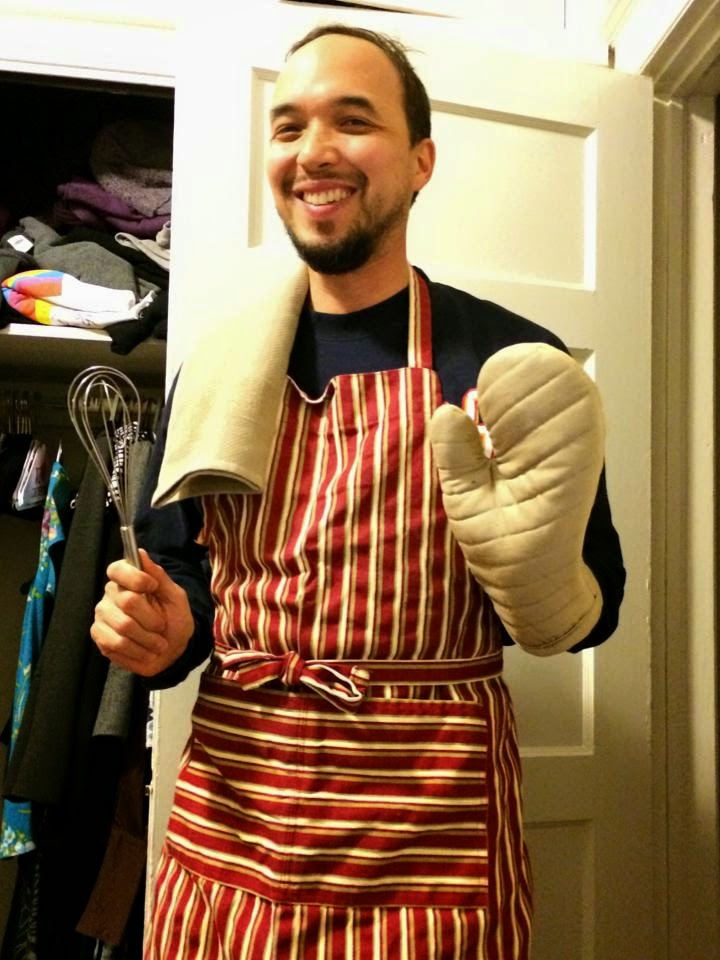