These Kids Aren't the Kids I Expected

When my wife and I got engaged we knew right away that we wanted to start having kids as soon as we were married. We spent our year-long engagement talking about our future family. Some of this discussion involved preparing T for being the white mother of tan babies. T is mostly of Irish descent, I am mixed with Puerto Rican (which is really a mix already), Japanese, and what my mother called "Euro Potpourri." We figured that the various darker sides my heritage would dominate our children's gene expression. We were wrong.


My son was born at 9 pounds and with blonde hair and blue eyes. All of a sudden I was the one who had to adjust to looking different than my son. I prepared my "I'm not the nanny" speech, with different versions of different lengths. It was an adjustment. It wasn't terrible, but it was an adjustment. My daughters have darker hair and look more Asian than my son, though the baby's eyes are still undeclared.

There have been a few mix ups over the years, though fewer than I expected. My wife tells me that other parents and people at day care have assumed that my kids have different fathers. There was the time at the ER when the doctor refused to start talking until he could determine why I was standing so close by. That was a weird one. He called out our name, T approached with Buddy in her arms, and I approached behind them with Lou in tow. The doctor kept looking away, then looking at me, then looking away again, but not saying anything. He finally made gesture to T that said, "what is going on? Who is that guy? Should I say something?" T told him who I was and you could see his shoulders relax and the red start to drain from his face.

Another time my wife went to fill a prescription for my son and had the Asian American pharmacist tell her, "You know that's a Japanese name right?" "Yes," T answered, "he's named after his father who is Japanese." I have always wished she'd have added, "You know Annabelle is a European name?"

For the most part it's been easy, but there are still things that catch me off guard. For example, St. Patrick's Day was never a big deal at my house. Sure, there were many years when my mom would make corned beef and cabbage, but at some point we found out my grandfather was part Scottish and only drank like he was Irish. I wore green to school, but that was mostly to avoid being pinched.

It's different now. Thanks to my wife St. Patrick's Day is now kind of a thing for us. This includes making special Irish themed shirts for the kids. I am all for cultural pride, but I'll admit that sending Buddy to school in that shirt made me uneasy. He goes to a predominantly African American school, like I did for many years. Even though I don't identify as white I was considered white by my classmates and I quickly learned to not do anything that highlighted my whiteness. I joked to my brother that I had sent Buddy to school in a "white power" t-shirt, and I worried a little about what he'd face. Nothing happened, which is what I should have expected. 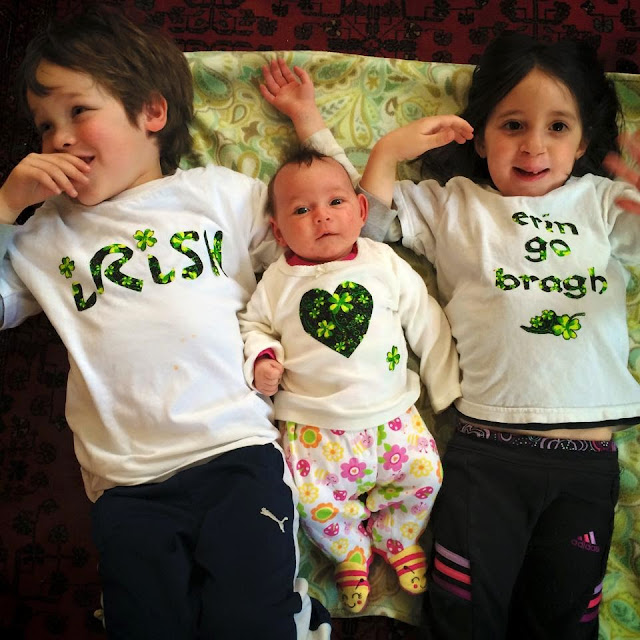 But it's kindergarten and kids are more oblivious to some of this stuff when they're young. What happens as he gets older and everyone becomes more jaded? White people celebrating their culture doesn't bother me. But when it's my own kids I start to have worries that I didn't expect to have. Having the worries makes me uneasy because I feel like I shouldn't worry. I have no idea what I really think about this yet.

Over the years I've tried to keep the kids aware of their Japanese and Puerto Rican heritage because that's what I know, and because it's the side that I think they can most easily lose. I feel that if they just pass for white they'll be treated as white and they'll lose touch with the other components of our cultures.

I've also noticed that I've held on to some anachronistic parenting approaches that don't apply to my kids the way they did to my brother and I. For example, my mom bought my brother a light brown skinned baby doll so that he could have a doll that looked like him. I was thrilled when my cousin gave my daughter a similar doll. I have also felt compelled to color my princesses brown when we color together. I want my kids to see these representations even though the kids are much lighter than my brother or I. 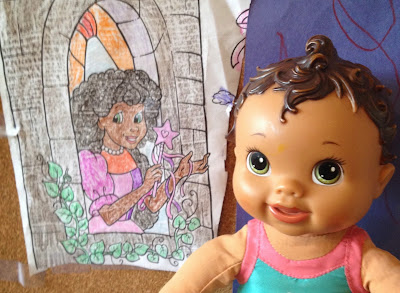 Diversity is good for any kid, I know that my motivations come from wanting to make sure they feel they are represented in their own play. I do this even though the things I'm exposing them to don't really look like them as much as they look like my brother or our cousins. So really it's that I want them to see me in their play. I'm not sure how I feel about this. I think it also goes back to me wanting to make sure they remember the parts of their heritage that I think they are most likely to lose if left to be what the world tells them.

The world is becoming friendlier to mixed people. I think there's less pressure to identify as one thing. And as much as I want them to identify like I identify, I know I need to embrace my kids' Irish side. (Even so, those shirts kind of freak me out.)
Posted by Berto at 5:39 AM