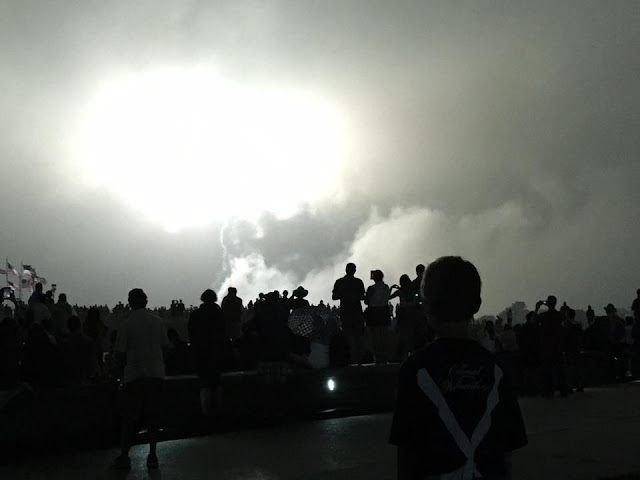 This guest post is written by Sheila Coleman-Castells. Sheila is bay area by birth, and West Virginia choice. She is a "Washington Insider" who, in this post shares her views on how we move forward under Trump. This post originally appeared as a Facebook status and is reposted with permission.

I am a child of the Civil Rights Movement, and I was born in Berkeley, CA. My grandfather was one of MLK's sidemen in CA, raising money from Hollywood and rich Californians and working on social projects such as the Peralta Colleges. He taught us some important things, but he paved the way for us to be insiders. Why? Because while ya'll protest and throw rocks and pebbles (so helpful, and we appreciate it), some of us have to put on that uncomfortable-ass power suit (complete with spanx), and walk the halls of the legislatures and the governor's mansions and Congress and negotiate with these criminals so that we can get actual legislation passed so that you can have the rights that you think you protested for. In reality, you didn't get shit. Real movements work because there are people working inside AND outside to make thing come to pass. On Friday, people went to airports and protested. Great...excellent. But THAT NIGHT, the ACLU left their kids' basketball games, or came out of the garden, took off their jeans, took a shower, put on that suit and went to work in the courts.

So, I so appreciate the pipe dreams, but protests and sit-ins alone don't do shit. It takes lawyers, lobbyists (like me) and other "insiders" to bail your ass out of jail and actually write the briefs and the legislation and all that you want. Activists are great. Feel good all you want. But legal action and laws are better. That's what me, and people like me do.

Interestingly enough, I get beat up all the time for not being "progressive" enough.

Yes, Me. Madame Blue. I eat blue, sleep blue, bleed blue, but because I am pragmatic and feel that we must work with what we have, I am a "traitor" to some (mostly those who are "armchair politicians" who have never, ever worked in politics in their lives). I had a battle with one of these progressive partisans (hint: He was a disaffected Bernie supporter) just yesterday. There are people who believe that what they WANT should be what IS. Well, I WANT a beach house in Martinique, but I ain't got one, and standing out in the 14 inches of snow in my yard with a bikini is going to make me REAL damn blue, not to mention a candidate for a one-way trip to the funny farm.

Well, some of us work in the real world of "realpolitik", and know that we need to start where we are, not where we "ought" to be or where we "want" to be. One of the first things we need to do is to understand those we've left behind. There isn't a Whole Foods within 150 miles of me, and not one in the whole state of West Virginia. That ought to tell you something about West Virginia, and it is not that people cannot afford that food. We have a Range Rover dealer in Morgantown where a Whole Foods might just do nicely, so such a market exists. What does not exist is the type of elite foodism that comes with a Whole Foods, not to mention that this chain wouldn't stoop to open a store here because there is no "cachet" to being in West Virginia for them.

And listening to my Blue Brothers and Sisters, I might see where they are coming from, although I would disagree that we can't speak to them. 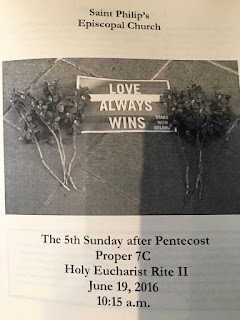 I cannot tell you how many Dems I know who have never gotten their hands dirty in a job, or stood on their feet all day to make a dollar. These are the same folks that decry me working for a nationally prominent, mostly Republican, trade association (although my principal job is to fight for Energy Efficiency, a very Blue ideal) where the men and women swing hammers and breathe in sawdust each day. My favorite group are the Dems who hate religion (Bill Maher is their patron saint), and think that anyone who believes in God is an idiot (but who will protest to save Muslims, like last week). So, how can you think that Christians are stupid but Muslims need saving? People of faith are one and the same, and most just want to practice that faith in peace. Yes, there are both Christofascists and Radical Islamists, and both are a tiny majority of the whole. But many of my Democratic friends dislike religion and religious people, and sing that hater hymn loud and clear; then they scratch their heads and tell me that they don't understand why the "fly-over states" (hint: I live in one) go Republican when the GOP could hardly care less about them? Well, the GOP sings from their hymnbook (whether they actually believe and practice it or not), and we ain't on the same page.

My dears, perception is reality, and reality is in short supply with many of us Democrats. I can't tell the GOP what it should be, nor do I care. But I have to tell the Dems what THEY need to be. They need to move back toward the center-left, and leave the margins for the shouters and the fanatics if they want to win in 2018 and beyond. Progressive values are great, as long as they include tolerance for all perspectives and all orientations. We have forgotten the working man and woman, and we have nothing to say to them. How do you get your child to college when you, yourself haven't been? Why is it bad to work with your hands and your back? We educators have had to tackle that beast for years, and we have experience in empowering parents to help their kids where they are, not just held up a lofty goal that was unattainable. You walk before you run. Where feeling disempowered about influencing their children's future is concerned, I have seen more similarity with inner city minority parents and rural majority parents. Both groups feel powerless. So let us help them where they are, not berate them for being where they are. 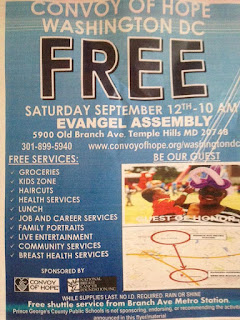 People of faith, many faiths, do wonderful things. Some do horrible things, but you would not dare judge all Black or Gay people by their least common denominator. Why do we Blue folks often do that with religion? Leave your own personal baggage with church or temple at the door, and see the big picture. Stop demonizing people who choose to believe in a god. That is a sure way to alienate people every day if the week. Look at the bigger picture: There are people who are fed, clothed, housed, soothed, sobered up, and educated by communities of faith every day of the year. Not everything about faith is bad, and if you don't choose it, fine. Most of us aren't trying to get you to join our congregation or our parish. But for those who do, it is NOT because we are intellectually inferior or doubt science. "Religious" is not a synonym for "stupid". If I hear that crap one more time, some of you might be meeting a God you don't believe in right quick. Bigotry is bigotry...why is racial bigotry worse that religious bigotry? After this weekend, many have said that it is not. So why say or do this on the regular?

Read this article, then rethink. I was told something very important when I was young that has stuck with me for many years: Would you rather move forward with you goals, or would you rather be "right?" Sometimes, it is better to work together and form consensus with those with whom you have things in common rather than be in that lofty tower of righteousness and all alone. Trump exists because we pushed anyone who didn't believe in our candidate in a corner and failed to speak to them (as well the fact that the GOP were more effective in getting their message to not only their base, but those on the fence). Not all Trump voters are racist idiots. Many are scared and desperate for what they perceive to be stability. Can we reclaim them? Can we reclaim the fence?

We can, but only if we start embracing ALL of us. People like me who love being a Mom and a part of a family, who are somewhat traditional, who believe that my faith makes me much of whom I am, who appreciate all levels of education and have both common sense and empirical knowledge. Us who have no issue with Boy Scouts don't think that is corny or old-fashioned, and actually do want to know how we are going to pay for stuff in our society. Us who embrace work and a leg up for the poor and downtrodden, and want equality for all people. Why can't I have that, and why is that not "progressive?"

Let's win in 2018. Let us reclaim the center and stop being idiots. The Tea Party were a bunch of jerks. Are we becoming the HERBAL Tea Party? If so, jerks apply within.
Posted by Berto at 6:01 PM No comments: