Her Cleft was a Surprise, Her Strength was Not 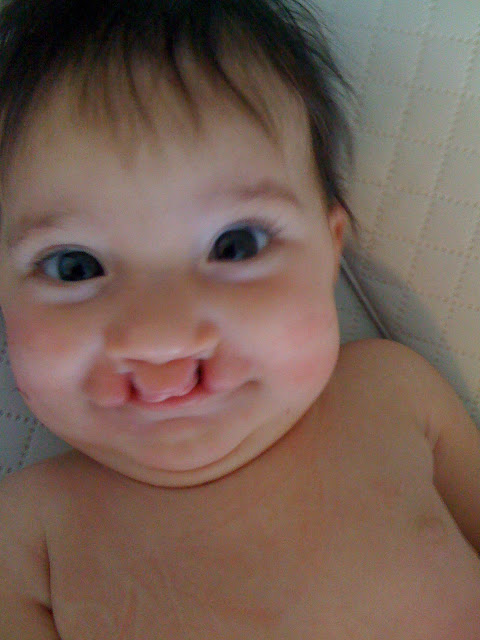 Yesterday Lou had her fourth surgery related to her cleft. Recently I thought back to the day she was born, and how her condition caught us off guard. T had to be strong for Lou that day. Lou has been strong for us ever since.

It was a surprise. Not just her condition, the whole thing was a surprise, for me anyway. We were in the middle of moving across the country when my wife called to tell me she'd been feeling nauseous. Starting a PhD program wasn't going to be the only big endeavor that year. If I'd been planning we might have waited, but when I told people this my wife corrected me, "This is exactly when I wanted to have the second."

That spring I warned my professors and classmates that I might disappear for a couple weeks after spring break. I also ruined the Fourth of July for any of them who also had mid-April birthdays (if that's you, maybe your parents like fireworks too). I made a lot of jokes during those 40 weeks. It's how I respond to stress. One that I kept coming back to was that the baby would have a cleft palate. I don't know why I was fixated on that, but any time I expressed anxiety over the birth that's what I went to. It wasn't totally out of nowhere, my uncle had been born with a cleft.

From the beginning this labor was different than our first. It progressed very quickly and lasted just four hours in total. By the time the midwives arrived at our apartment T was already in transition and ready to push. When Lou emerged we were thrilled to have our first daughter. She was healthy and screaming and  purple, just like you expect. When I looked at her little wailing face announcing herself to the world something seemed out of place. "She's got something stuck under her nose" the midwife said trying scratch it away. I knew what it was, "She has a cleft." 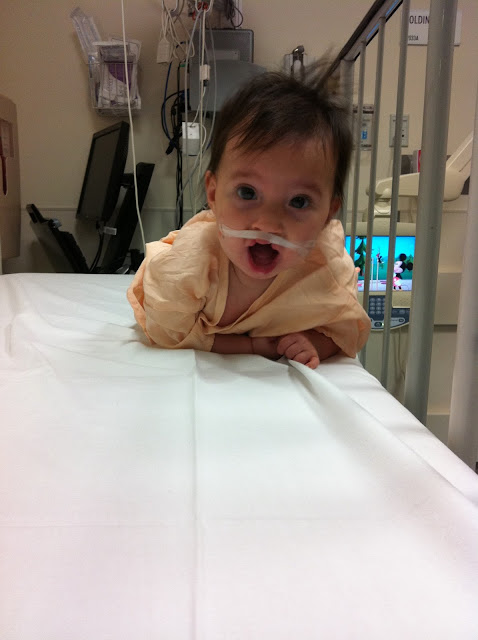 My heart sank. Not because the cleft was a huge problem, as I said, my uncle had one, in the fifties, and he's fine. I was worried about the scars she'd have, but more than anything I was gripped an irrational thought, "I caused this." It was my fault. It was because I had made all those stupid jokes. No one really knows why clefting occurs. It's an almost random one in 700, but two of the risk factors are family history (ding!) and being Asian (I'm half Japanese), so in a way it is my fault.

Clefting is usually diagnosed on the 20 week ultrasound. I found that out on the Internet a few minutes after my Lou was born. Sure enough, it's clear on the pictures if you know what to look for.   It shouldn't have been a surprise, the tech should have caught it. We should have had time to prepare. Instead all we knew was what we could find online, so naturally I was panicked. The one useful thing we learned is that Lou wouldn't be able to nurse. The open spaces in her lip and her oral cavity made it impossible to create a seal or to generate the vacuum needed to suckle. If we'd labored in a hospital they'd likely have been able to resolve it there. But Lou, like all of our children, was born at home. Now it felt like a race against time. The baby needed to eat and we had no idea what to do.

We called our pediatrician. He told us he'd look into it and asked if we could come in. My wife tells me we went, though I have no memory of being there. When we arrived he told us he had set up an appointment at Children's National Medical Center. We were lucky, Lou had been born on a Tuesday, Cleft Clinic day at CNMC. By the time Lou was three hours old we were starting a day-long series of meetings with the team who would handle her care for the next 19 years. We learned that she will need between 7 and 9 surgeries during that time span. We learned that she will always have scars. Most importantly we learned how to feed her using special bottles called Haberman Feeders, that look like tiny turkey basters. Ever the joker, I nicknamed her "Zoidberg" after the Futurama character. The most amazing part of that visit was T. There she was, sitting in the examination room taking it all in just three hours after giving birth. Each time a new doctor came in looking at the chart they'd pause, look confused, and then ask T, "Is this right? She was born three hours ago? Why didn't we come to you?" T would explain the home birth and the doctors would gaze at her as if she were a unicorn.

Having a cleft baby isn't easy. My wife pumped 11 times each day for the first six months, before tapering off to 8. We had to plan our lives around being able to pump, which is more complicated than it sounds. We couldn't be away from electricity for more than a couple hours at a time. T pumped in the car while commuting. She pumped at baseball games. She pumped everywhere. Still, it's also not as hard as raising children who have more serious conditions. Lou has a speech impediment. She has an IEP for speech therapy, but she'll grow out of everything except the scars. She's grown to be a resilient and vibrant girl. She doesn't mind talking about her cleft. Whether it's enduring two major surgeries before she was a year old, or something she would have had anyway, she's fearless. We started calling her "Crash" based on her propensity to push her physical limits, then get up and dust herself of with a resounding, "I'm OK!" She is. She was always going to be. I shouldn't be surprised. 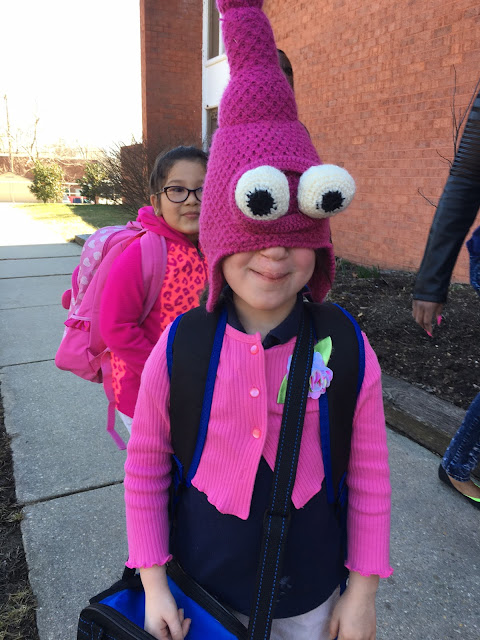 Maybe you heard that we got a huge blizzard here on the east coast about a month ago. School was closed for a week, it was actually a nice break. I love when the kids are home and it's all of us just hanging out. The kids like it too. Even with all the love of being home we do end up looking for things to do. This blizzard gave us a chance to take on a project we'd been talking about for a few months, the kids' version of Eddie Izzard's "Death Star Canteen" bit.

If you haven't seen, then for crying out loud, click the link. It's brilliant. If you prefer there's also an animated version and a fantastic stop-motion Lego version.The problem for me as a parent is that there's some cursing, so I can't play it for the kids. The bigger problem is that I forgot about the cursing, played it for one kid, then had to play it for the other kid. Then they both started dropping casual f-bombs. So we had to clean it up. First, we found a transcript online, and I bowdlerized it. We had fun doing readings of that for a while, and then reciting it on weekend mornings while making breakfast. Once Buddy decided to be Darth Vader for Halloween we knew we'd end up doing a filmed version. The blizzard finally gave us the time.

Now look, I don't know how this goes for the Holderness family, but making a movie like this with a four year old kind of sucks. Also, Buddy is kind of a perfectionist so not getting it in one take was frustrating. The main problem for Lou was waiting for her part, and being quiet. But after a few dozen takes it finally came together. So below I present to you a clean, kid friendly version of Eddie Izzard's Death Star Canteen.