GIVEAWAY: Win a Free Registration to Dad 2.0 in San Antonio!

Four years ago, you probably weren't reading what I write. This is not because I wasn't writing. If you care look back all the way in the archives in that right hand sidebar, you'll see that I started this blog back in 2003. Back then I was lucky if I got 50 views on any post. If a post got 100 views I knew I'd written something really good. This was before social media, and even before search engines as we know them today. It was harder to find things back then. So shout out to social media, thanks for the assist. But the thing is, four years ago you may have already had a Facebook account for eight or nine years. You'd been on Twitter for five years or more. Four years ago you were IG, and I was not.

So what happened? Four years ago I was added to a group for Dad Bloggers on Facebook. Through that group I met other writers who helped advise each other on how to build an audience, how to improve as writers and how to be better men and better fathers. The group was also a place to share your writing. The feedback was invaluable. People also started sharing my writing more, and I shared theirs. There was no quid pro quo like you hear about in some blogging cabals. People share what moves them. 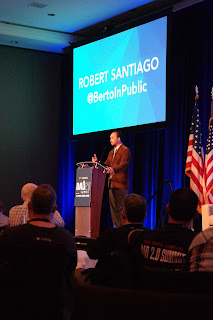 In 2016 the Dad 2.0 Summit came to Washington D.C. The Summit is an annual conference for Dad Bloggers and influencers. They host workshops and keynotes on everything from building a brand and SEO optimization, to parenting around issues of race and masculinity. I decided to attend, mostly so I could meet some of these guys I'd been interacting with online for the previous year. Then I was chosen as a Spotlight reader, which was an honor. I made a ton of great connections both personal and professional. Going to the first two conferences led to writing opportunities, and gave me friends in most of America's major cities. Two years later, I hosted on panel on raising children with special needs. Every year I attended, I left with new friends and new connections. And that's probably why you're reading this right now. Attending Dad 2.0 helped me learn how to build my audience. Sure, I'm not a huge blogger with a million readers. But I know you're out there. I know how you are. I see you reading what I write, and I appreciate you.

If you're a writer and a dad, I highly recommend attending.

Which brings us to the giveaway. I cannot attend the conference this year. Housing uncertainty and not yet having a job that affords vacation time have conspired to keep me home. I'm super bummed. The swag alone is worth the trip. I haven't had to buy soap or toothpaste in three years.

So I want you to go! I want you to have the experience. I am giving away my ticket, maybe to you. You'll need to cover your own flight, hotel and everything else, but hopefully this entices another writer to get out to Texas, see the Alamo, meet some great people and improve as both a blogger and as a dad. If you've been before, go again. If you've never gone, go.

This giveaway is not being run by Dad 2.0. I just don't want my ticket to go to waste.


a Rafflecopter giveaway
Posted by Berto at 4:03 PM 5 comments:

Email ThisBlogThis!Share to TwitterShare to FacebookShare to Pinterest
Labels: dad 2.0, Dad 2.0 Summit, give away 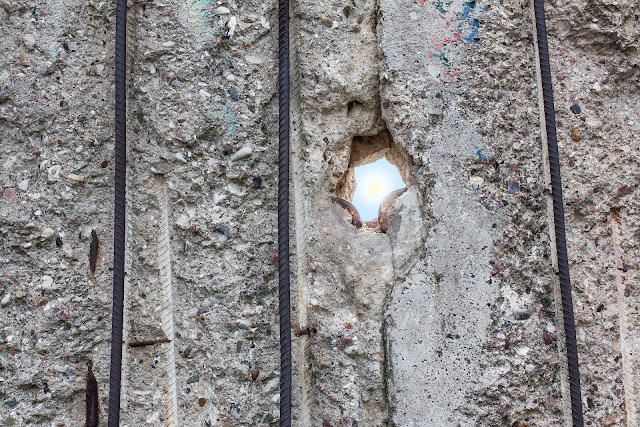 OK, I wasn't really a 20-year-old Republican. I was conservative enough on some issues that my hippie, Berkeley mom used to sometimes call me a Republican, but by the standards of most of the country I was still pretty liberal. One issue where I converged somewhat with modern day Republicans was on US intervention around the world, and immigration.

To sum it up, I was an isolationist.

I leaned toward the idea that breaking the isolationist seal with US involvement in WWI was a mistake. I resented the Marshall Plan. I pretty much despised US military deployment around the globe. The main reason I didn't join the military out of high school was that I didn't like how they were used. I wanted NATO and the rest of our allies to do more to pitch in where intervention was deemed necessary. I was also strongly in favor of closing the borders, building a wall and a fence and a moat and anything else that would keep people from sneaking into the country. I was 100% in favor of legal immigration and asylum, but I didn't want people coming undocumented.

My reasons for these convictions would sound familiar to anyone who has heard Republican talking points on immigration over the last couple years. We had too many problems to address here at home. Where I diverged from Republicans is that I wanted stronger social programs to help poor people. I had just read Rachel and Her Children, Jonathan Kozol's excellent book on homelessness. I was inspired by the story of the WPA. I figured that we could divert the money spent on the military to jobs programs and public education.

Like many young, half-educated people, I did not hesitate to talk about these ideas. I'm sure I sounded like an idiot to folks on both sides of the aisle. Unlike many young people I had my beliefs put to the test.

In 2004 I was going through a divorce. I was 27 and in my last semester of graduate school. My wife had left me for another man. She had denied that she was seeing anyone during our "trial separation," but I had come back to the apartment one morning before work and found him there hiding behind the bedroom door. I was hurt and angry. I wanted to lash out. I wanted to hurt them. Not physically, I wanted to hurt them in a way that made them feel the way I was feeling. At the time the issue of her boyfriend's immigration status was a bit of an open question. I had strong reason to believe that he was here illegally. If I'm remembering correctly 15 years later, it was the overstayed visa variety, not the snuck-over-in-the-dark-of-night act that the president puts forth to scare red state voters. Some people were worried about an immigrant taking their job, this guy had taken my wife. I knew I could get another job, but I wasn't sure I was lovable enough to get another wife. I figured that reporting him would get him deported and then they wouldn't be together, just like she and I weren't going to be together. Even if he was here legally, an investigation would be a major disruption. If I couldn't be happy, no one would be happy. So I did what any angry young Republican would do in that situation, I called the newly formed Immigration and Customs Enforcement agency to report the location of a suspected illegal immigrant.

In fact, I called several times because I kept hanging up before completing the process. The first time I called, I hung up while it was ringing. The second time, I hung up during the phone tree. The third time was the charm. I told the woman who answered that I wanted to report an illegal immigrant. She asked me to hold while she transferred me to an agent who would take my report.

It's not easy to admit that it took me going to the brink of doing something so incredibly harmful to another person before I realized who I was. In those few moments of being on hold I was forced to face what I was doing and why I was doing it. I had to analyze everything I thought about immigration and about who I was as a partner to my wife. It was in that moment that I came to terms with being astoundingly wrong on both counts. Immigrants, legal or otherwise are running from and to things that are much deeper and more complicated than I could fathom. They weren't just looking for a better life, they were often looking to hold on to life itself. My ex-wife was unrepentantly liberal, yet she somehow stuck by me and all my political nonsense for four years. And that was just one of many areas where I had been a terrible husband. An immigrant hadn't stolen my wife, I had pushed her away by being a surprisingly bad partner to her. I realized all of that in the 30 to 90 seconds I was on hold. Before I spoke to anyone else, I hung up for the last time.

My views on immigration have continued to evolve in the 15 years since that day. I have slowly become more liberal in my beliefs. I started by looking to people like my ex-wife, whose views I respected and tried to craft my votes and my views to parallel theirs. I'm not all the way there. I would still prefer that we had a robust program for accepting and processing asylum seekers. I do strongly believe that once people are here, they're here and we should take care of them just like we'd take care of anyone born within our borders. I believe in DACA and Dreamers and in sheltering unaccompanied minors. I am against the idea of a wall.

I was a 20-year-old Republican, because I had ideas about the world without an understanding of it. I saw a problem, but didn't see the root cause. I was smart enough to be dangerous, but not smart enough to know how little I knew.

I was a 20-year-old Republican, but I'm getting better.
Posted by Berto at 9:10 AM No comments: