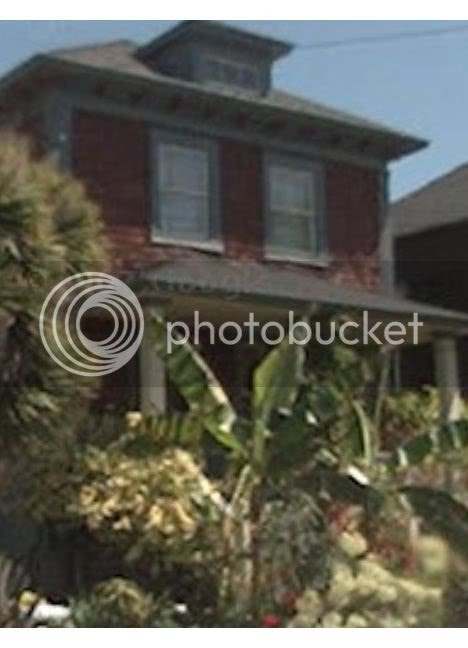 As she stepped back into the entryway to let Walter Pelican in Jayne fixed on the old man’s eyes. As he stood in the sunlight of the foyer his pupils dilated as if to let in as much of past as possible. “I had so many good times here.” He breathed the words as if talking to someone very close by. Jayne felt that his words were not meant for her so she said nothing. Mr. Pelican placed his hand on the railing of the stairs leading to the second story. “I remember running down these stairs on birthdays.” he said still not looking at her. “I would try to peek over the railing there to the dining room to see what kind of cake she’d made.” He looked down the short hallway towards the dining room, then at Jayne still holding the door standing slightly behind as if to ward off the strength of the old man’s memories. She noticed that she was hiding there not wanting to disturb him in a place she had long felt was her own. It was a puzzling feeling. “She always made the best cakes, very creative, in different shapes.

When we started looking for houses I said that I wanted a house with stairs on the inside. For whatever reason that’s what a home meant to me. They took me on a lot of the trips to look at houses. I remember vetoing a few because they were only one story.” Jayne finally closed the door. His gaze remained fixed on were she had been standing through that spot and on to the sitting room.

“The Christmas I turned six years old I followed a trail of clues to the front porch. Sitting out there was my very first bicycle. Mom let me ride in circles through the sitting room, down the hall, round the corner of the dining room, the living room and back through the sitting room.” As he spoke he traced a path in the air. “It must have been a small bike.”

“Should I show you up stairs?” asked Jayne. She didn’t wait for a reply, uttering the phrase and moving towards the stairs almost simultaneously. She realized she’d taken a few steps up the stairs before checking to make sure he was following. He was. He took each stair slowly always stepping up with his right foot then bringing the left foot up to meet it. She waited for him on the landing before proceeding up the last four stairs. When they reached the top he paused leaning slightly on the railing. He looked at the three bedrooms running left to right from the back of the house to the front. “The middle one was mine.” he said after a moment.

“That’s my son’s room now. Would you like to look inside?”

Walter paused, “No.” he said, “Even though it was my room for those years I don’t have many memories of it.” Instead he moved to the left, to the bedroom at the back of the house. The door was ajar and he paused at the threshold. “You can go in.” said Jayne. “It’s my daughter’s room. She’s older.”

The room’s dimensions hadn’t changed in the eighty-one years since Walter had last been there. In his mind he could see the roll top desk, the couch, and the TV that had once been there. At the back of the room was a door leading to a sun room. The room, about eight feet wide, at the very back of the house, had windows running along its length with a short bench stretching wall to wall beneath the windows. It had been his mother’s sewing room and now was strewn with dolls and games. “It’s my daughter’s play room.” said Jayne. She had been trailing along behind him, allowing what she thought was an appropriate space between herself and his past, and now stood leaning in the doorway between the two rooms. “Ryan kind of dominates the rest of the house with his toys and she needed a place to play without worrying about a little brother crashing through.”

“I think this would have been my little brother’s nursery if I’d had one at the time. But that didn’t happen until much later.” He trailed off and she followed his gaze to the floor at the far corner of the room. Poking out beneath the dollhouse was the corner of a rectangular burn mark. Walter pointed at it.

“That was me.” he said. “The burn mark is from and old toy oven. A really old one like the kind my mother must have had when she was a child. It was all metal with a plug so old the cord was wrapped in fabric, from a time before widespread use of plastics. One day I was playing with it and I realized I’d never plugged it in. So I did and nothing seemed to happen. I put a little plastic pie pan filled with mud in the chamber and waited. Eventually I went outside to play. My mother smelled the plastic burning some time later and when we came up to investigate this electrified hunk of metal had been sitting there getting progressively hotter for over an hour. That’s when I learned about fire safety. I think my mom learned something about child safety too.”

“So there it is.” thought Jayne, “Another mystery solved.” Walter started back towards the hall taking a last look around the young girl’s suite as he went. He proceeded down the hall past the middle bedroom to the room at the front of the house. Although the door was open this time he paused again. Again, Jayne trailing some distance behind him, more curator than tour guide, gave him the OK to enter the room.

The front bedroom was sparse but still homey. Along the south wall a queen bed stuck partway into the room. At the west wall near the window was an old armoire. Otherwise there was no other furniture. Jayne stopped and took up her now customary position leaning in the doorway. Walter stood in the middle of the room and made a full shuffling turn. When he was facing Jayne he began his story again.

“I don’t think I’ve been in here more than a handful of times. My parents slept here. I don’t think it's that I wasn’t allowed in here. I remember the door being open almost all the time. I think it’s that, with so many other places to be, it just never really occurred to me to come in here.

“I do remember my mother had a big freestanding mirror that stood nearly in the middle of the room just about here” he said pointing few feet to his left towards the closet door. “I remember wondering if the boy in that mirror was having a better life than I was.” He paused staring into the mirror that was there eight decades in the past. “I read a lot of Lewis and Madeleine L’Engle when I was kid.” he sighed.

“Can I offer you something to drink?” asked Jayne.

“That would be lovely.”

Continued Here
Posted by Berto at 3:53 AM