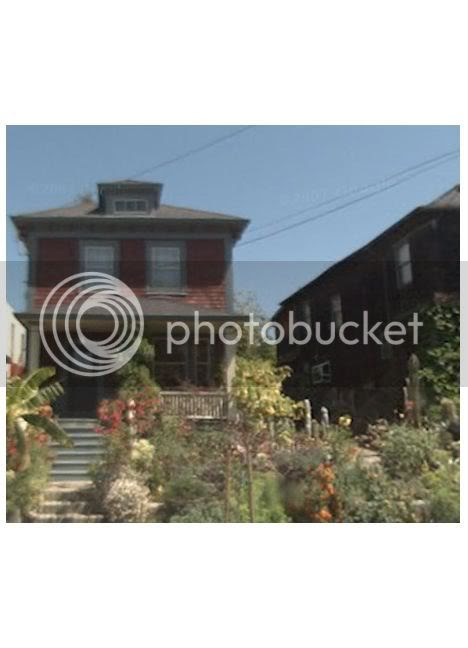 Down in the kitchen Jayne put on the kettle and whisked her three-quarters of a cup of coffee into the microwave. Mr. Pelican sat at the table looking out the window at the side yard from the same chair in which Jayne had first seen him. “I sat here in this very spot,” he began, “when I was eight years old. We had woodpile just there and one evening we watched about a dozen raccoons come clambering out, one at a time, from what seemed to be a perfectly solid woodpile.” Jayne regarded him over the rim of her mug trying to picture this old man as an eight-year-old boy. Imagining him very small but still wrinkled and dressed in a suit is as far as she could get with him sitting there in front of her. But when he spoke she felt like she could see the figures of his family moving through the house like a time lapsed photograph.

When the tea was ready he thanked her for the cup and they moved out to the back porch. He told her about his parents putting in the brick patio just beyond the porch, about his mother putting in the greenhouse window over the sink. He spoke at length about how the kids next door and two houses down to the south were all in a close enough age range that their parents took boards out of the fences in the back yards so the kids could go back and forth. He talked about the epic games of hide and seek and make believe the kids played in the three adjoining yards. She learned that his was the only one without a tree house. Jayne mentally committed to talking to June Grunwald about their fence even though her son and Jayne’s own kids weren’t very close.

“Well,” said Walter Pelican, “I’m afraid I’ve ended up giving you a tour instead of the other way ‘round. I hope I wasn’t to forward with my wandering.”

“You were fine.” replied Jayne. “I enjoyed hearing your memories of the house.”

“The one place I was truly happy.” he sighed. “Did I mention that before?’

“You did. Do mind…” she paused and he gave her a slight nod of acceptance. “Do you mind if I ask what you mean? Why you left?”

“Not at all. It’s an important part of the story I guess. You see Malcolm and my mother weren’t married. He wasn’t my father, but oh I wanted him to be. So did she. Then somehow it just didn’t work out. They broke up and sold the house and we moved away. At that time, at that age I mean, I didn’t know what had happened. They both gave me the speech you’re supposed to give kids. It wasn’t my fault, they both love me very much. To his credit Malcolm stayed in touch and would come and visit and take me out every once and while, until he had his own kids and moved too far away. Even after that we were in touch periodically through my early adulthood. But at that time it was like my life had been replaced with another. Like the prince and the pauper, or like when you come to the end of a good book and you look up and you’re back in the real world sitting on a train with a bunch of very average people.

“When my mother was with Malcolm it was the last time I felt like I was part of real family. The kind you grow up believing in like the Seavers or the Keatons. Malcolm’s family was normal. They were all still married for the first time. They had the 2.8 children, and we still went to his parents every year for Thanksgiving and Christmas. When they broke up I lost all that and I never got it back.

“I tried to provide the kind of stable home I’d always craved for my children. I hope they know that.”

Jayne felt an urge to take the old man’s hands, to look into his eyes and comfort the hurt child inside him. She longed to reassure him that he’d done a wonderful job with his children. Instead she turned towards the stove and rearranged the pans that had been drying there. She didn’t want to delve any deeper in to the old man’s pain but she couldn’t stop the question from eking its way from between her lips, “Do you know what happened?”

“Oh, I think it was a lot of things.” he replied. “The kind of things that happen to people sometimes, work, stress, neediness, jealousy, diverging interests or careers or goals. I guess sometimes people just grow apart.”

“You mentioned a brother, was your mom…”

“At some point yes. I think it happened around the time they were breaking up. I found her journals after she died. I read through them, hoping they would provide answers to questions I'd never thought of asking. In them I found that my mother wanted to have a child with Malcolm, that one was conceived but never carried to term. She didn’t write down the reason. I guess it was too painful even to commit to her private notes. Even though she never told me about it I think I knew on some level that I was supposed to have a sibling that never came. I kept hoping for one and when she and Malcolm split that dream died too.

“My mother did end up having another son eventually, with another man. But by that time he was a different kid and so was I. I was thirteen and as jaded as a kid that age has a right to be. But that’s another house and another time, one that I’m not as anxious to relive.

I’m sorry. I don’t mean to leave you on a sad note. This really was a happy place for me. I’m glad to see it in the care of a family like yours.”

Jayne stood leaning against the range. They looked at each other for a long moment. “Well, I should be going.” said Walter motioning the hat in his hand towards the door. Jayne shook her head slightly as if waking from an extended daydream, “Yes, of course.” she said and followed him towards the door.

When they reached the threshold she opened the door for him and he stepped out onto the porch. He turned towards her and took her hand in his placing his left hand over her right. “Thank you Jayne.” he said. The look of calm in his eyes overwhelmed her and as he turned to go she felt that she couldn’t bear the thought of not seeing him again, of not getting the rest of the story. “Mr. Pelican.” she called after him. “Walter. You can come back again. We’d be happy to have you visit, meet the kids.”

Mr. Pelican paused on the stairs and turned himself halfway so that he could address her without facing her. “Thank you Jayne, but I think I’ve got what I came for. Anything more may be too much.”

Too melancholy to watch him make his way down the stairs Jayne closed the door and looked at the rooms around her. She knew that she would never be alone in the house again. The ghosts of former occupants that she always felt in a vague way, the spirits, the feeling of history in that old house which had helped her fall in love with it had become tangible. Now when she watched her children rip through the house chasing after each other she would see that little boy riding circles on his first bike. When she cooked lunch or did the wash she would do it alongside that other young mother who seemed to feel as happy and as uncertain as she sometimes felt. In the sun room she could see the cradle of the baby boy who was never able to call this house his home, and an alternate space where the happy little boy who grew up to be "Walter Abraham Pelican, Retired," stands cooing at his little brother. Outside the humming birds resumed their frenetic zigzagging flight.
Posted by Berto at 3:54 AM