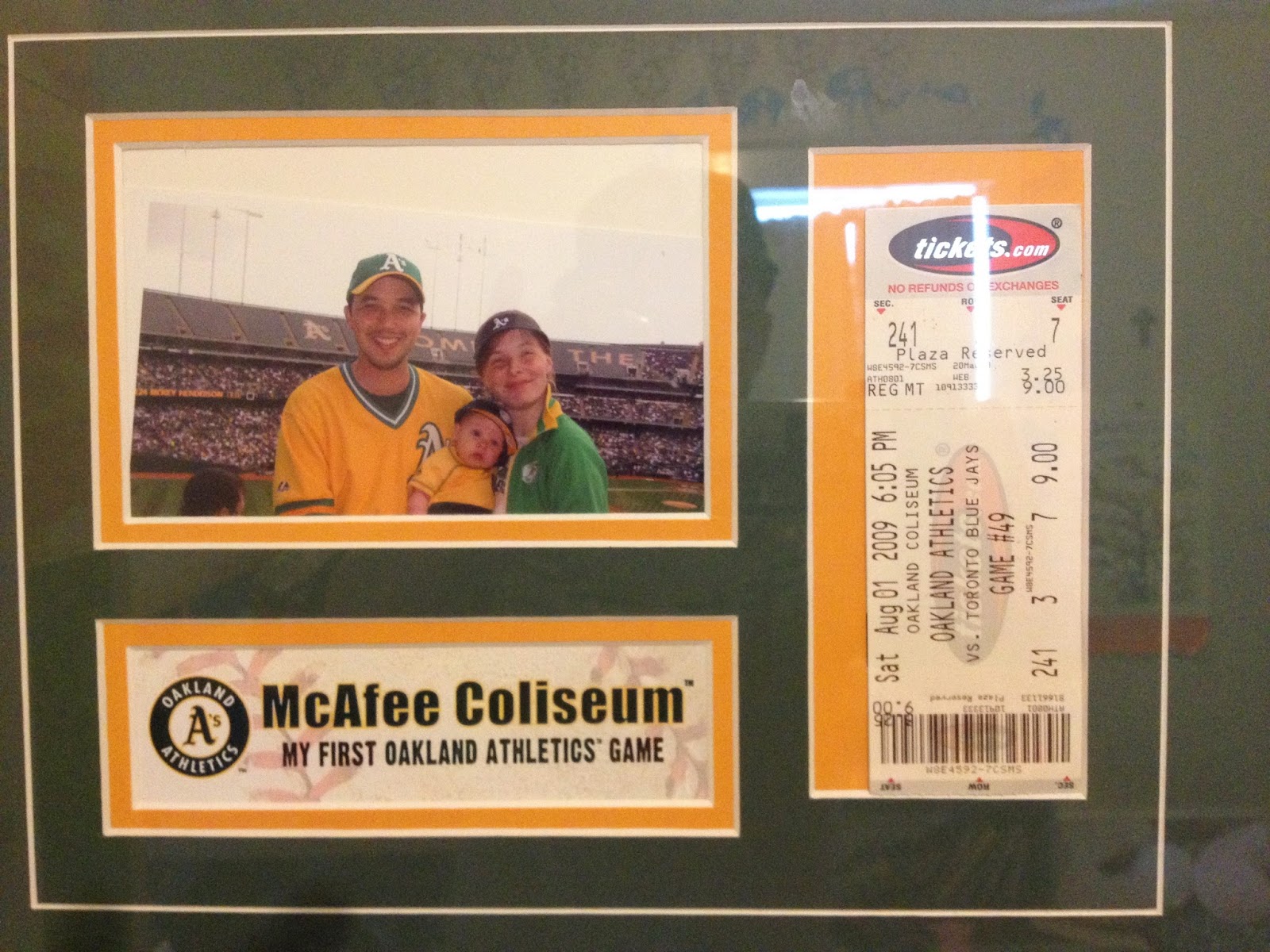 Taking Buddy Buddy to this game was special for me because it bookended a chapter of my life. When I was a little kid my dad used to take me to A's games and as a three or four year old kid I immediately latched on to my favorite player. He could run, hit, steal bases, and made great plays in the outfield. That player was Dwayne Murphy. Later on I learned to appreciate, then love a new guy named Rickey Henderson. Going to those games are the best memories I have of my father. Baseball is the one thing he gave me, other than my name, that has lasted and I love him for it.

Eventually Rickey replaced Dwayne as my favorite player. When Rickey went to New York I joined my Bronx based family in rooting for the Yankees. (I know, it's a hard thing for me to admit.) When Rickey came back to Oakland in 1998 I was thrilled. The main reason for my excitement was that I was now able to take my eight year old brother to see Rickey. His dad traveled a lot for work so I had the privilege of providing my brother with his baseball education. We'd been going to games for a couple years but taking hm to see Rickey helped me gain some closure with my experience of my father.

Rickey was drafted nine months before I was born. Thirty-three years later I got to bring my three month old son to his first A's game, the day we closed the book on Rickey's career. Number twenty-four has been retired in Oakland. I would have loved to have brought my dad. He passed away almost exactly a year ago. He never knew he was going to be a grandfather.

Having been there for the start of Rickey's career and having my son there for the end means more to me than I can express in print. So I'll close by saying thanks Rickey, for the memories, for the endless entertainment, and for being a constant for all those years. Thanks dad. Your failings were what they were but you tried in your own way and you gave me the gift of baseball.

This video has some typos and the camera work is shaky at best. That's what happens when I hold my son while taping on my cheap little snap shot camera then rush home to put together a video at 12:00am. Anyway, enjoy it for what it is.


Ryu's First Ball Game (Rickey Henderson Day)
So bear with me, I made this after 12:00am last night. I was so excited to get Ryu's first game out there.If you're not a baseball fan you can skip Rickey's speech, but it's pretty good.
Posted by Roberto Santiago on Sunday, August 2, 2009