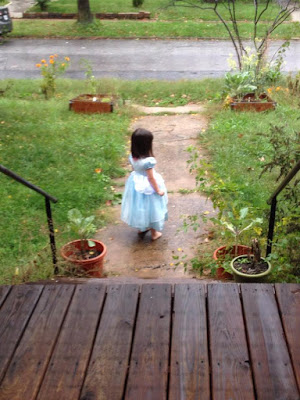 An odd thing happened here at IDL HQ yesterday, the police brought my daughter home. It was particularly strange because she is four-years-old and was already home. It was roughly 2:00pm and we were getting ready to go to the store. It had been raining lightly for a couple days and Lou asked if she could muck about in some puddles in the front yard while I gathered the baby's things and loaded the car. "Sure honey, you can play in the puddles." My permission brought forth an unbidden promise from her that she would stay within our family boundaries for kids playing in the front of the house. "I won't go past Mr. Andy's, I won't go past the Sullivan's, and I won't go in the street." Good girl. She knows our expectations, and she's always stayed where she's supposed to be. 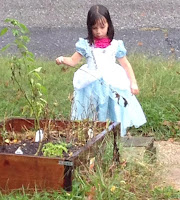 I was in the back yard letting the dogs pee before we left when I saw a police car drive slowly by. I figured he had seen Lou outside and was slowing down to check on her. I also figured he saw me at the side of the house at the end of the driveway because he kept going. I came into the house a couple minutes later and heard a loud knocking on the door. When I opened it there were two officers there with Lou. She looked, not scared, but shrinking, timid, like she was worried that she was in trouble. I was pretty worried, but I tried not to let it show. From experience I know that interactions with police can go any number of ways and have often gone poorly for me personally, though I've never been charged with a crime.

My first thought was to corral my dogs. The last thing I need is to end up in one of those Raw Story articles about a cop trying to shoot a harmless pup and shooting a kid instead. My dogs truly are harmless, both are chihuahua mixes with the biggest one being barely ten pounds. I stepped outside and instinctively closed the door behind me, something that had become a habit growing up when the police would show up to disperse my mother's birthday parties.

"We got a call from one of your neighbors. They were worried that she was out here alone. Maybe she was locked out or something."

I explained that everything was fine. We were going to the store and she was playing while I got everything loaded up. They seemed unconvinced. They didn't say anything else, but they didn't leave either. We all stood there on the porch for what seemed like a long and awkward period of time. I don't know if they were waiting for me to volunteer something else, or if they felt they might have more to say. I'm guessing there was some kind of noncommittal goodbye, but I don't remember what it might have been. The officers turned around and left.

As they were getting into their cars I asked Lou where she was when they approached her. She was defensive at first and I had to reassure her that she wasn't in trouble. She kept telling me, "Daddy, all I was doing was drawing in the mud with a stick." It took a while to convince her that I understood that and that what she was doing wasn't the point, I wanted to know where she was. You might think the level of concern that caused the officers to march her up to the porch arose from finding her a couple houses down the block. In fact, she was squatting on the edge of the sidewalk playing with a mud puddle in our front lawn. She was in our yard. She hadn't wandered off. She wasn't a half mile away like the kids in Maryland who caused a stir earlier this year. No, someone had called the police because my daughter was in our yard for ten minutes. 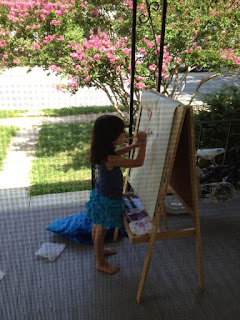 I have mixed feelings about this. One thought is that I'm happy the neighbors are looking out for our kids. I am happy to know that if one day one of the kids really is locked out, that someone will notice and try to help. I'm not happy about the way they helped. We're neighbors, they know us. Why didn't they come over and talk? There are ten occupied houses on our block and we know and have good relationships with the people in nine of those houses. We thought the last one was unoccupied until it ended up being decorated for Halloween. I've still never seen anyone go in or out of it. Of those nine neighbors five have kids who have played with our children. We're not strangers. Every one of our neighbors has knocked on our door for some friendly reason in the past. So why not on this day? It bothers me because while it shows some concern it also shows some judgement or lack of trust. Why involve the police? Does this person not understand the potential consequences of that call?

Here's what I know from a combination of personal experience, working for Child Protective Services as a contractor, and reading a lot: this could have ended badly.

While I hope no cop in my town is stupid or cowardly enough to see my dogs as a threat, I do think it's possible for one to decide that my daughter playing in the yard constitutes neglect or child endangerment or some other overblown label. I could see CPS being called, and one or both of us being taken away. I don't envision this because it would be justified. I don't say it because I can see that as a valid take on the situation. It's not. I could see it happening because the Silver Spring kids live just one county over. I could see it happening because I have a Spanish last name and a tan complexion. I can see it happening because the kid they brought to my door wasn't my fair haired blue eyed son, but my mestiza looking daughter. Worse, as we know, and even if the chances are slim, I could have ended up beaten or dead. Depending on how they decide to see me, how they decide to interpret my words or actions, I could end up a name on a list of "Not one more."

Not all cops are bad. Not all cops are racist. I have friends who are police officers and they are great people. I do understand the odds. But as the saying goes, it only takes one. All it takes is for me to encounter the wrong officer at the wrong time, regardless my standing as a law abiding citizen. The rhetoric works both ways. The officers I know and the thin blue line crowd on social media are fond of pointing out that any traffic stop could be an officer's last. In a way I understand that sentiment, even though it's never been safer to be a cop in America than it is right now. The reality is, I know I am never ever a threat to a police officer, but there's always the potential that the officer is a threat to me. That's the reality that many of us live every day, and it's stressful. I wonder if my neighbor considered all this before calling the police instead of coming by the house. 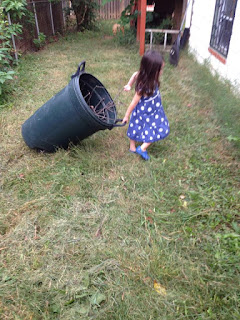 Or was the whole neighbor story just a story? Maybe it was just a standard police statement, "Well we got a call from someone..." Could be. Though I don't know why the officer wouldn't just say, "I was driving by and I was concerned." That would be a legitimate action for a police officer to take. I'd really rather it be a patrolling officer showing concern than a neighbor.

I don't think I'm a free range parent. My kids don't wander the neighborhood. They have earned a little more freedom than the other neighborhood kids. They also have boundaries that I can see from my porch or my bedroom window. If they see the neighbor kids in the front yard they ask me if they can go over and say hello. They know 90% of our neighbors, and are known by them. They have a much smaller area of operations than I had at the same age. By the time I was six-years-old I was a latch key kid with a bike and the ability to be anywhere within a mile of the house. I don't want that for my kids. That would scare me. It was normal then, but not now. And I guess I'm learning that even having your kids play in the front yard is considered suspect, though I don't agree.

I'll close with this open letter to my community, and maybe yours as well:

I am writing this to remind you of why we chose to move here. When we were looking for a new home we found this beautiful block in this quiet neighborhood. We fell in love with the tree lined street and the flat sidewalks that, unlike our previous neighborhood, were totally devoid of broken glass and dead cats. We saw the toys in your front yards and play structures in your back yards and hoped that our kids would find playmates. We thought about knowing all of you and hanging out at BBQs and peewee soccer. We thought we'd found a house that could provide not just a shelter, but a community.

We were right! All summer we got to know you little by little. Our kids played together. We shared beers and stories and resources. You became our emergency contacts and our in-person Yelp. We played touch football on the weekends and shared the gossip of our small town. As summer turned to fall our kids rode the school bus together and we all waited out on the corner with our coffee and stories of the weekend. You've seen our kids playing on the block. You know where they go, and where they don't go. You know us. We know you. We trust you.

So please, if you're concerned that one of our kids are alone or locked out of the house, come over and check. Ask the kid if they're OK. Knock on our door. You know us. We're not strangers. You have our phone numbers. Give us a call or a text. Just please, unless you really feel that someone is in imminent danger, please don't send the police. I know that you all likely don't have the same experiences that I do with the police. You've probably never been on the terror watch list, or been held for an hour in cuffs on the curb while they made totally sure you weren't an escaped convict. I know for sure that you don't face the same danger from them that we do. Please consider that when you call the police instead of talking to us you not only break down the good will of the neighborhood, you put my family in a position of facing real danger. 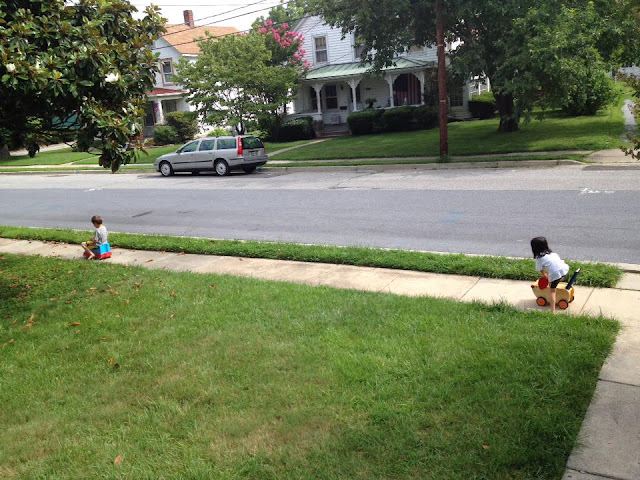