Black Lives Matter Needs to be More than a Slogan 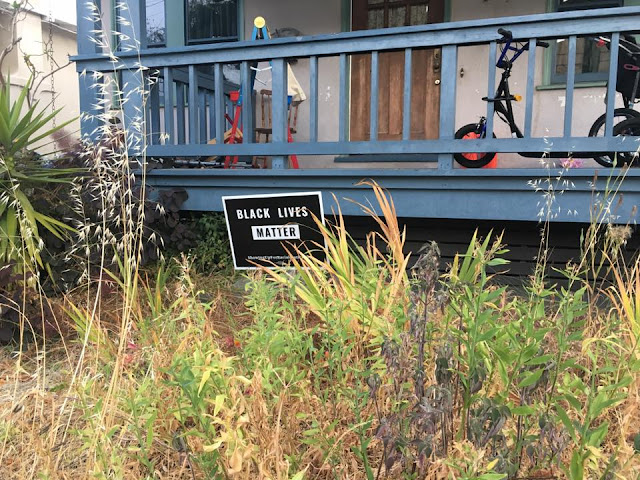 I struggle. Not like people "in the struggle" struggle, I struggle with how to turn my ideals into action. I have a Black Lives Matter sign in my yard. I have one in my office. I have a BLM t-shirt. I've been to some rallies and marches. I offered to help them with ASL interpreting.

I believe that Black Lives Matter.

It can feel overwhelming at times. I feel helpless. I can't stop the police from shooting people. I try to observe police actions to the extent possible, but I don't know what I'd do if something went south. I hope that I would film it and verbally protest. I worry that I would try to intervene and get hurt.

That's an extreme and unlikely scenario. How can I show that Black Lives Matter to me on a day-to-day basis? Because I believe that an important aspect of change is how we carry it through on an individual, person-to-person basis. Yes, history remembers the big moments, the grand gestures, but the impact of those history book moments is in how we behave towards each other on a personal level.

This is where this gets hard to write because I don't want to seem self aggrandizing. Coming up next are two acts of common decency that should be unremarkable. I am writing about them because they were difficult for me, not in the doing, but in wanting to do them. Let's be clear, this isn't, "I'm a hero." This is, "Why was this unusual?"

"What the hell are you talking about Berto?"

I'm, getting there, but first, a slight detour. 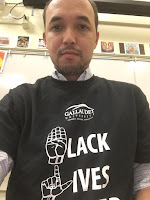 There's an episode of Mad Men called, The Hobo Code. (No, I am not comparing African Americans to hobos. Please bear with me.) In the episode, Don Draper remembers a hobo coming to his house when he was kid during The Depression. The guy stays for a day or so and teaches young Don to decipher symbols hobos use to communicate information about their surroundings. Don's adoptive father cheats the hobo, who carves the symbol for "dishonest man" in their fence post before he leaves.

A few months ago there was a knock at the door. We get a fair number of young solicitors, usually young men selling newspaper subscriptions to raise money for college. My long standing habit has been to say, "no." Then a young man came by who told me he was a Berkeley High student. He was planning on going to Berkeley City College. He was Latino. He was me. I bought 20 weeks of the Sunday Chronicle, though I wasn't sure it would actually come. It did.

A few weeks later there was again, a knock at the door. Outside were two young African American men. They told me they were from out of state, part of program selling magazine subscriptions for a young entrepreneur's program. The shorter one talked about his dream of opening a BBQ joint. We talked for a long time about their future goals. They asked me about my path through education and career. The thing that struck me was that they thanked me for opening the door and talking to them. I offhandedly referred to the BLM sign in my yard. "Yeah," they remarked, "a lot of folks around here got those signs, but they won't open the door when they see us." I was shocked, then I wasn't. "But this is Berkeley" I thought, until I didn't. I was sad that my wonderful, progressive, mostly white neighbors had refused to talk to these young men. I bought two years of Family Handyman.

I don't know if it was scam, or if they were just young guys who forgot to file the paper work. According to The Atlantic, if it was a scam, it may not be their fault. I do feel a little stupid for buying the magazine. The next time someone came with a similar story and a similar pitch, I turned them away. I felt bad about doing that, but I don't have the money to be able to trust everyone. Still, when I look back the thing I remember most was that whatever their intent, these two young men noticed that not everyone with a BLM sign was willing to open their door to talk to an actual live Black person. Whatever the outcome, I'm glad I at least did that.

I have been stopped on the street and asked for assistance hundreds of times in my life. Most of the time I am genuinely too busy to stop. Sometimes my Spidey-Sense tingles and I make up an excuse. Sometimes I try to help. In the third case it ends up being a scam just often enough to make me wary of helping people. My default is, "no." 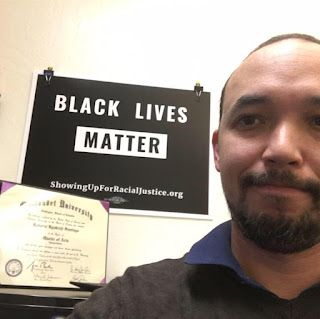 I was arriving home from a rugby tournament last weekend, I stopped on the sidewalk to chat with my next door neighbor, when a man pulled up on a bike. He was African American, he looked working class, or even below working class. Like a guy who struggles to hold a job that pays enough to cover rent and food. You might read that and think I'm a dick for making that snap judgement, but I know that look because he reminded me instantly, of my dad.

"Hey man, do you live here?" My front door was open, blocked by a dog gate, because the summer breeze is the reason we never needed A/C. "Can you help me? I just got off work and I need to heat these up." He held out two frozen chimichangas, that clearly hadn't been frozen in some time. He saw my hesitation, and my neighbor turned away. "Please man, I just worked a double shift and I haven't eaten. The microwave in the break room busted."

"I tried man, they won't let me because they say I'm not buying anything." He could see me trying to turn all this over in my mind. He never mentioned it, but he was stopped right in front of my BLM yard sign. "I won't come in, I just need these cooked. Please."

"What do I want carved on my fence post?"

That was the thought that finally tipped the scales for me. I took the food and headed inside. My kids were happy to see me. I said my hellos as I made a bee-line for the microwave. "What'cha making?" asked Buddy. I explained to him what I was doing and he scampered to the door. He came back. He asked me again what I was doing, and why. "We have to help people, Bud. It can backfire on you sometimes, but you have to do your best to assess a situation and see if you can help. I can help with this, so I'm doing it."

I was uncomfortable. I didn't want to go to deep into it. I was worried that he'd get the wrong idea and end up trusting too much. But I also wanted them to see, needed them to see, that we are duty bound to help the people we can help. Even when it takes us out of our comfort zone, even if we perceive some risk, we need to be able to assess the situation for what it is, rather than what we fear it might be. That's what we're asking of law enforcement. That's what we have to demonstrate to our children so that they can grow up with less prejudice.

The microwave beeped. I flashed back to the Star Wars Canteen bit, "You'll need a tray because the food is hot." I grabbed a paper plate, then a napkin, then a plastic fork. I brought it all out to the man on the bike. "Thanks man." he said, and then quickly rode away. I felt guilty about how satisfied I was to have helped.

Again, I'm not a hero. I'm not doing anything beyond what we should all be doing for each other. What makes this interaction in any way remarkable is that we're not doing these things for each other. At least, not enough. It's a sad statement that these small acts of decency, things that should be commonplace, stick out to me. I know it's a hard world. I know we're used to being wary, and we've earned that. Still, maybe you'll read this and take the risk to be just a little more kind, a little more helpful. Not just to African Americans, to everyone, of course. 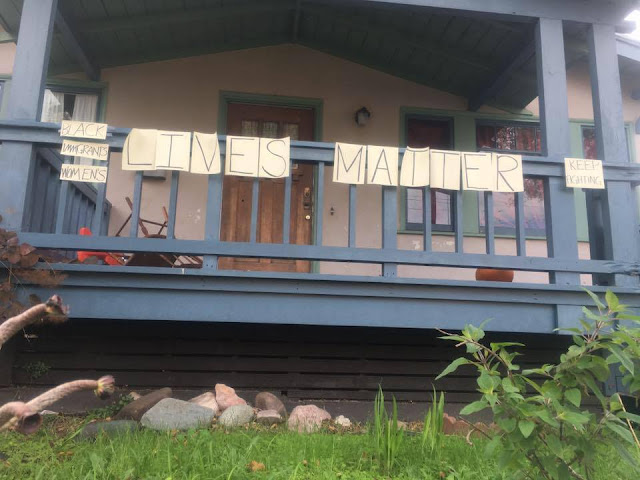